5 Reasons Debbie Jellinsky Was The Greatest Villain in History

It’s finally the best month of the year, Halloween October, and we at Ultimate Coupons have been reflecting on our favorite spooky movies. And what better frightful flick is there than Addams Family Values?

Sure, sure, some of you may scoff and say, “The sequel? Get outta here with that!” Well, you don’t know how wrong you are, my friend. For nowhere else will you find the majesty that is black widow/nanny Debbie Jellinsky, played by the radiant Joan Cusack.

In fact, we intend to prove that Debbie is in fact the greatest villain of all time. Don’t believe us? Read on.

A villain is nothing without her signature look. From her undying devotion to pastels and genius use of shapewear to a palace that would have made Liberace weep with envy, Debbie’s style was always on point.

In fact, Fester himself couldn’t resist getting in on it.

No one could ever deny that Debbie was a major hit with the fellas. Just watch her in this scene, effortlessly commanding an entire bar full of sailors – with naught but a champagne coupe at her disposal!

Men are powerless against Debbie.

Even Thing was powerless against her charms. 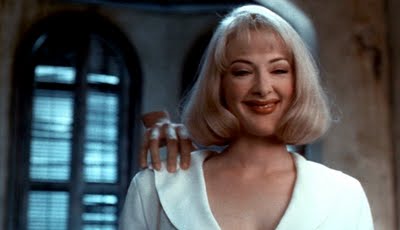 Debbie knew how to roll with the punches. Pesky Wednesday and Pugsley getting in the way of her plan to woo Uncle Fester? No matter, simply convince Gomez and Morticia that their infamously indoors-loving kids are just dying to go to summer camp.

No engagement ring? Why – no problem! 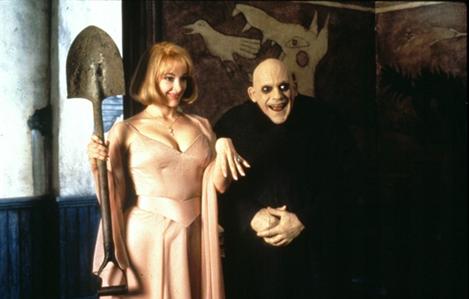 Debbie's an independent woman who can dig up her own ring.

Try not to be moved by this woman. Just try.

Debbie is serving full-on executive realness in the final scene of Addams Family Values. Corporate CEOs can only dream of being half so persuasive.

No one will ever again question that she was a Ballerina Barbie. 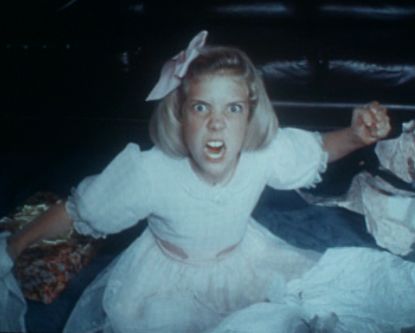 Debbie was a ballerina! Graceful! Delicate!

We all get it, Debbie. They had to go.

Never again rely on a husband to buy you the jewelry you deserve. Head over to Macy's on Ultimate Coupons to find the best deals on all the baubles you could ever dream of.

10 Reasons I Believe My House is Haunted