Before you ask, I'm not the prep school antagonist of a 1980s teen comedy who gets taken down a peg by a gang of scrappy misfits. I'm an enormous nerdgoblin myself, and I, too, spent a good portion of my childhood being forcibly inserted into a variety of lockers. But nerddom hasn't been niche since the days of X-Files usenet groups, and everybody's seen Star Wars enough times to quote Greedo's dialogue in perfect Rodian. But some pieces of geek-centric merchandise can only be cleansed by the rushing eddies of a swirlie.

It's for your own good.

The awful intersection of Business Professional and Smarmy Gremlin. If you're in a position that requires you to wear a necktie, but you still feel the need to grin behind your hand at all those poor fools that can't read binary on the spot, I have several questions:

1.) How can you afford to fill your bathtub with that much room-temperature Mountain Dew?
2.) Don't the face prosthetics for your Gul Dukat cosplay deserve a rest after 15 years of faithful, fragrant service?
3.) Do you ever become gripped with the terror that the rest of /r/redpill only upvotes your posts out of pity?

2. Too Stupid To Understand Science Shirt

You watched one episode of Cosmos back in college, and you have a burning sense of guilt over torrenting Muse's whole discography instead of paying for it. One time you wore this shirt underneath a flannel shirt when you went home for Thanksgiving dinner, and your vaguely religious grandmother didn't ask what the rest of “o stupid t erstand scie y religi” was, because she didn't care. Nobody cared. In the crisp November air, your radiative smugness kept everybody uncomfortably warm.

3. I Actually Need These Glasses Shirt

Even your encyclopedic knowledge of William Shatner's Star Trek novelizations isn't enough to fill the yawning abyss of your need for validation. You were an integral part of Invader Zim's early online fandom, and have typed the word TACOS!!! (all-caps, exclamation point, every time, no exceptions) more times than you've had hot meals in your life, most of those hot meals being Dinty Moore beef stew. 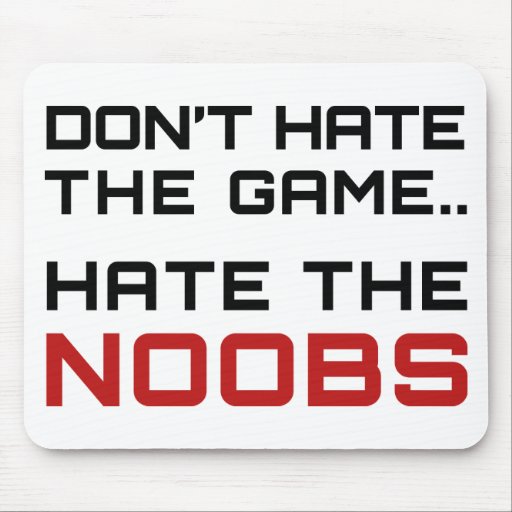 If your mom has told you once, she's told you a thousand times – don't leave dozens and dozens of empty Cool Ranch Doritos bags in the laundry hamper, not even the huge, fragrant hoodie you made out of Cool Ranch Doritos bags. The smell of fabric softener combined with Cool Ranch seasoning is enough to make her hover over your face with a pillow while you sleep, whispering “It would be so easy. I could have my life back.”

5. Made With Love (and Science) Bodysuit

I know what you're going to say: “Dude, that's a baby, you can't just shove babies into lockers, no matter how adorably tiny the locker is.” That's a valid point, okay? I agree. But when you start just tacking the word SCIENCE onto everything like some wretched bumper sticker, you've chosen to plunge this world into an amoral wasteland where words have no meaning anymore. Giving a baby a swirlie technically involves SCIENCE. Extorting a baby for their lunch money? SCIENCE. Way to doom us all to hell, Science Onesie.

You're really, really bad at being sarcastic, and I swear on all that's holy, I'm gonna to give you a noogie so vigorous, you'll have an expression permanently etched on your face to match the XD you type after every sentence on your Spongebob roleplay blog.

Aside from the fact that this shirt makes it look like Sherlock is berating his own wallpaper for not being as smart as him, let's not screw around here – you wish you were Sherlock, right? An unbearably rude human calculator who can treat everybody like garbage and get away with it because of how deeply, deeply special he is and as I say that I realize that it sounds pretty sweet and I also want to live in a world without consequences, so consider your swirlie pending until further research can be conducted.

“Haha, it's ironic,” you tell your crusty gremlin buddies, “because Wesley Crusher.” Your friends aren't smiling. They all have a lean, hungry look, and you've become acutely aware of the sweat gathering in the gray pits of your new hoodie. They merge their bodies, flesh melting into flesh to form one enormous mouth of terrible proportions. The interlocking body-mouth booms “SHUT UP, WESLEY” with enough force to force you into a locker three counties away, where you'll have enough time to think about the error of your ways.

9. Bring Out Your Undead

Novelty nerd shirt sites will do this thing where they have a hatful of different shows and movies and comics, and they'll pull them out at random and go “The Eye of Sauron…with…the Impala from Supernatural. Screw it, just put it on the shirt, it'll sell like narcotic hotcakes. Narcotcakes, that's what.” This shirt is like being trapped in a broom closet with the worst high school AV Club in the world, and the two simultaneous conversations happening are a litany of Monty Python & The Holy Grail references and a discussion about how they would outlast the zombie apocalypse. The only solution is to dunk everybody's face in mopwater until they let you go home.

You don't need to wear this shirt just to let people know you're cooler than they are. Cover yourself in day-old Bisquick batter and mutter “I wonder how much blood I can fit in my mouth” periodically while around strangers. This awful smug shirt is $20. Do you know how much Bisquick you can buy for $20? It's simple economics and I'm helping you to become your best self. Nobody ever wants to talk to the Bisquick Man.

Around the World in 10 Desserts